An example of a selenium rectifier stack number is shown at the bottom of the chart. Decoded, this number means that the stack has the following characteristics: The assembly is forced-air cooled (F prefix), the cells are 5 by 6 inches (code S), they have a 33 volt rating, they are Hi-Density type, they are circuited as a single-phase bridge (code B), and two of them are used in series in the assembly. The assembly has a Multi-Coat - 24 hour salt spray

finish (code T), a stud mounting with brackets (code B), and three cells are used in parallel on each arm of the bridge.

Selenium rectifier stacks are made up of selenium cell's which are mounted together and circuited as required for each application. They are available in configurations to suit all of the rectifier circuits shown in the Rectifier Design Diagrams in section 1.

Superior Induction is a leader in supplying selenium rectifier stacks. In fact, the company can assemble and deliver any selenium rectifier in 48 hours or less. And the stacks contain extremely high-quality, high-density, vacuum-process cells to ensure uniformity, stability, and long life.

To accommodate selenium rectifier customers, Superior Induction accepts quantity orders at the quantity price and delivers the needed rectifiers on a rush basis, while the balance of the order is shipped by low-cost carrier.

Superior Induction selenium rectifier stack assembly numbers consist of eight sections, each of which uses letters or numbers to describe a characteristic of the stack. Prefixes are also used as noted above the chart to show forced air cooling and wide spacing of cells. 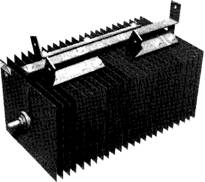 The following outlines the information you need when you call to order selenium rectifiers. (If you are unable to find some of this information, call and we will be glad to assist you.) 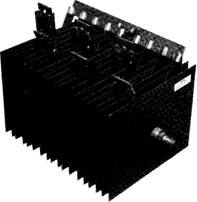 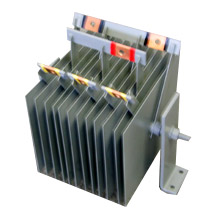